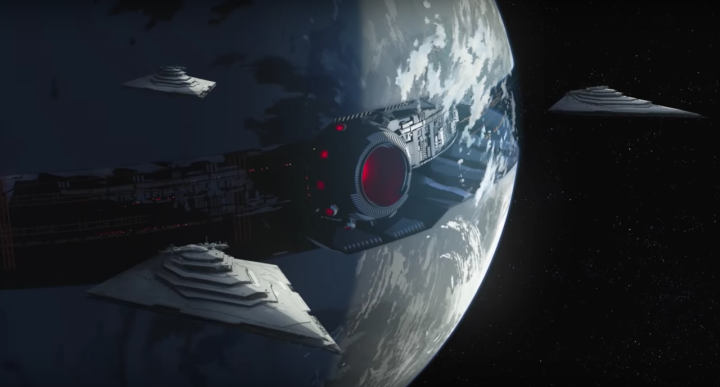 This is nothing new, but in a recent featurette that Star Wars put out about the First Order in Resistance, executive producer Justin Ridge explained that the events of the show will overlap with The Force Awakens.

“Because this series takes place six months before The Force Awakens,” he explains, “we have a lot of connective tissue to what we see in the movie.  So eventually our events in the show will parallel what happens in the movie.”

To be entirely clear, we had already heard as much shortly before the show started, but this is just further confirmation that we didn’t really focus on as much at the time.  But now, having seen several episodes of Resistance so far, I’m growing increasingly interested in how the show will overlap with the film, and what impact it will have on the future of the show.

Here are just a few of the ways that I think overlapping with the events of The Force Awakens will have a major impact on Resistance for however long it continues to run after that: 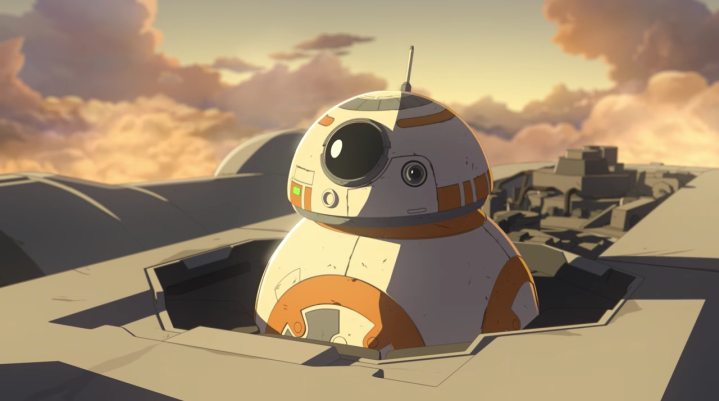 Perhaps the most obvious (and maybe the least important) thing that will change is that BB-8 can’t stick around with Kaz forever.  Actually, to be completely honest, I thought the droid might leave with Poe Dameron at the end of the most recent episode, “Signal From Sector Six,” since the two were reunited.  I though that it would be a natural way for the droid to reunite with Poe, but Poe instead told BB-8 to continue to stay with Kaz for the time being.  Before long, though, BB-8 will have to reunite with Poe permanently.  At most he’s got six months to spend with Kaz before the events of TFA force him to be with Poe on Jakku and then found by Rey and Finn… but I’d actually be disappointed if that was their first mission together in over six months.  So at some point, this show overlapping with TFA means that BB-8 won’t be around to keep an eye out on Kaz anymore. 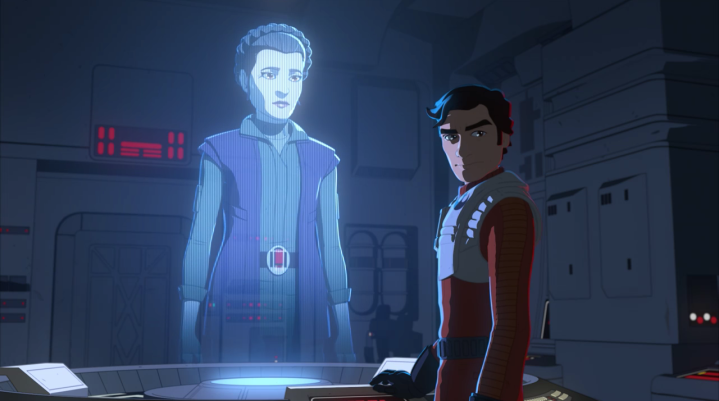 Currently, the show can’t be about an open war between the Resistance and the First Order.  New Republic regulations prevent such an engagement, forcing both organizations to operate beneath the surface and undercover.  It’s made clear in the show that the Resistance relies heavily on spying, while the First Order also operates in the shadows and takes for granted the fact that many don’t take them seriously.  But once this show overlaps with The Force Awakens, the rules change entirely.  It will mean the destruction of the Hosnian System and with it the New Republic leadership, which escalates the Resistance and the First Order into full-blown war.  The rules will change, and it will be interesting to see how the show takes advantage of it.

Perhaps the most interesting – and likely emotional – aspect that could impact the show when it comes to overlapping with The Force Awakens is how the events impact Kaz.  Namely, how does the destruction of the Hosnian System impact him?  Kaz was born on Hosnian Prime and is the son of a Senator.  He lived a privileged life, with his father helping him get into the New Republic military academy, and he then joined the New Republic Defense Fleet.  But here’s what that means: Kaz was born on Hosnian Prime, his father was a Senator who lived on Hosnian Prime, and many of his friends from the academy were members of the New Republic fleet – much of which was stationed in the Hosnian System.  So… what happens when Starkiller Base fires and wipes out the entire Hosnian System?  It’s likely that Kaz may actually be able to see it happening (though without knowing all the details), and it’s likely that this will have a major, major impact on him.  After all, it will mean the death of his family and friends – really, it will mean the death of everything he had ever known.  While I think it’s possible that the show could explain that not everyone Kaz loved was killed (with maybe a surprise reveal after the fact that his dad wasn’t actually on the planet?), they won’t be able to do that for every person Kaz knew and cared about.  If the show overlaps with TFA, and it will, then it will have to deal with Kaz’s reaction to the tragedy and the impact it has on him.  I’m sure it will be quite emotional. 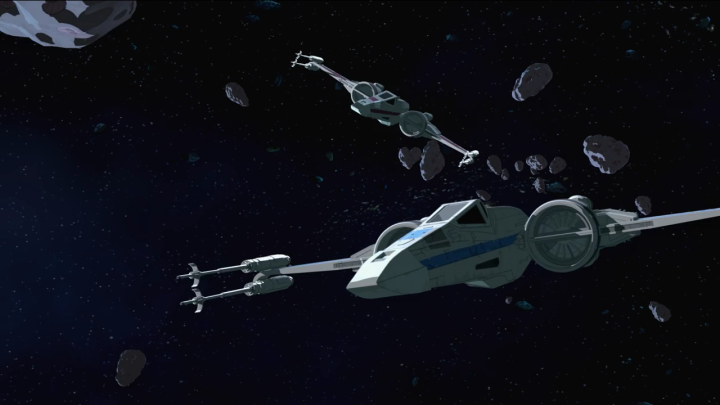 I’ll end on this note: if the show winds up overlapping some of the events of The Force Awakens, the question will then become whether the show intends to go beyond those events too.  I’d imagine that it will (assuming it gets renewed for another season), and that means it’ll end up overlapping some of the events of The Last Jedi too.  But it would also have the chance to serve as a bridge of sorts between The Last Jedi and Episode IX, which is scheduled for a December 2019 release.  Think about it: if season one concludes with things parallel to TFA, then season two could begin in fall 2019 by introducing us to the galaxy post-TLJ.  Most people assume there will be a significant time jump for Episode IX, and the Poe Dameron comic has already begun filling in some things on the immediate aftermath of TLJ.  It seems to me like Resistance could be a great way of helping set some of the stage for Episode IX should such a time jump exist.