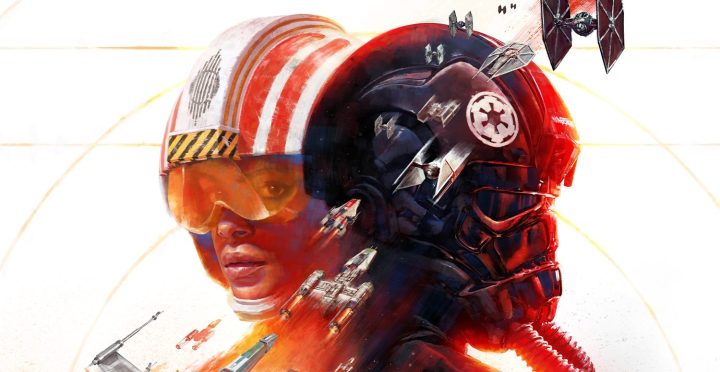 I am guessing that this is the mysterious Project Maverick that we’ve known was in development, and it looks to be a starfighter game. From the line, “Pilots Wanted,” to the title “Squadrons,” to the artwork showing a Rebel pilot and an Imperial pilot, with plenty of Rebel and Imperial ships, this looks to be a Star Wars game focused on ship-to-ship combat set in the original trilogy era.

That’s pretty exciting, as we haven’t really had a Star Wars starfighter game in a long time. Battlefront 2 had starfighter combat mode that was actually pretty promising, but it received virtually zero attention or focus once the game launched. That meant that the game mode was left in the dust, so having a game specifically focused on it sounds like a very promising idea.

On the artwork, we see X-Wings, A-Wings, Y-Wings, U-Wings, TIE Fighters, TIE Interceptors, TIE Bombers, TIE Reapers, and a Star Destroyer. This should be a pretty good clue as to what to expect from this game, as it’ll probably focus on original trilogy-era starfighter combat between the Rebellion and the Empire (I’m hoping for a TIE Defender!). Based on some of the rumors about the game, it will have a heavy multiplayer focus but will include a shorter campaign as well.

We really don’t know much about this game, and we’ll get our first real look on Monday – but I’m really excited about the possibilities!