Some beloved moments from the 2D Clone Wars series (the Genndy Tartakovsky version) are still considered canon. Even though the series itself isn't, very little of it has been contradicted either, and a recent comic actually showed a few brief glimpses of some of the more memorable moments from the series. In Obi-Wan #3, written [...]

The original Clone Wars series, which premiered in 2003 and directed by Genndy Tartakovsky, has arrived on Disney+! The series was among a host of content that was released on the streaming platform last Friday, under the "Vintage Collection" label. I have long loved this series, and there's so much great stuff in it. Though [...]

We're getting new Star Wars content on Disney+ TODAY! In fairness it's not brand new, but it certainly is new to Disney+, and it's been long-awaited. Arriving today to the streaming platform is material from the newly-branded Star Wars: Vintage Collection, which is made up of older material no longer considered canon. That includes: Caravan [...]

Yesterday, it was announced that Genndy Tartakovsky's Clone Wars series is coming to Disney+! The series ran for three seasons from 2003-2005 and, among other things, introduced several key characters into the Star Wars universe, like General Grievous and Asajj Ventress - and a bounty hunter named Durge. Today, it was revealed that DURGE IS [...]

In some really amazing news, we're getting a ton of familiar Star Wars stories coming to Disney+ soon! It was revealed today in a release on new stuff coming to the streaming service in April that plenty of non-canonical Star Wars stuff will be arriving on April 2. That includes: Caravan of Courage: An Ewok [...]

Rose Tico once said that we're going to win not by fighting what we hate, but by saving what we love. That wisdom is pertinent for Star Wars fans; amidst seemingly incessant criticism, I want to spend time actually liking Star Wars. I love all Star Wars, so in this series, I'll walk through each [...] 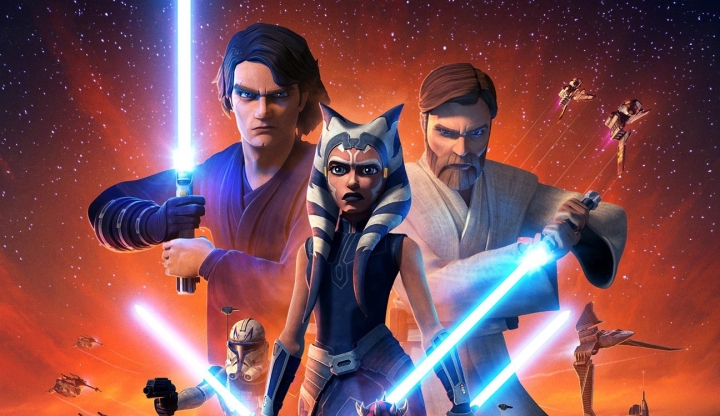 The seventh and final season of The Clone Wars returns this month! It's something we were never sure if we'd get to see, but the show is coming back for a proper finish. The first six seasons are filled with some incredible storytelling, but if you're looking for a quicker refresher than watching all six [...]

15 years ago this week, Genndy Tartakovsky's Clone Wars show premiered. Though no longer canon, it's influence on Star Wars is still felt.