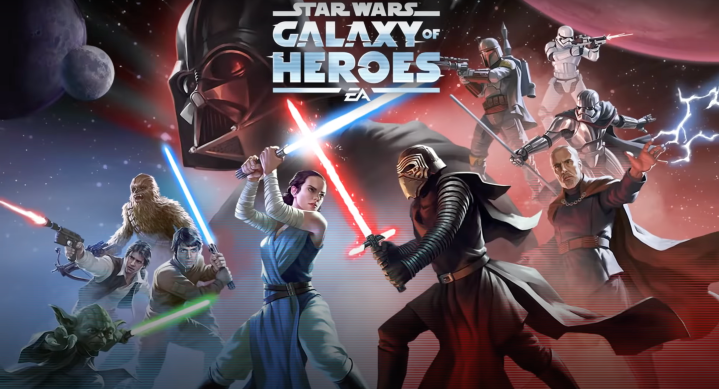 Back in April, I wrote about how Conquest was my new favorite game mode in Star Wars: Galaxy of Heroes, and I seriously meant it. I said it was one of the best things the game had done in a long time, and it really was.

Until now. Less than six months later, the foundations of Conquest are already beginning to crumble under the weight of the developers’ greed, and I’m growing more and more concerned about the direction this game is taking.

Not long ago, the game released a series of drastic character changes that basically had one purpose (which the developers weren’t even trying to hide): making the Galactic Legends virtually unbeatable except with other Galactic Legends. Those changes primarily had to do with nerfing certain characters, and the developers of the game delayed the next Conquest for over a month, seemingly just so that they could launch it after these characters were nerfed. And then when they did launch Conquest again, it had to almost immediately be cancelled and re-scheduled due to problems. It’s a mess.

But it’s back now… and so is the mess. The game mode that we all once loved has turned increasingly into a money-grab, and the developers said the reason for these changes is because players were able to beat it too quickly. They viewed that as a problem, but I viewed it as a good thing. If you wanted to spend crystals (which would likely lead to spending money for many players) and complete it within the first week, that’s not a bad thing! But the developers wanted to make it harder.

That happened with changes such as implementing an additional boss stage in the middle of a tier instead of only at the end, as well as increasing the energy cost per node. I view those changes as very much unnecessary, but if that’s all, I could live with it. The biggest problem with this new Conquest – the one that, in my mind, is inexcusable and vastly changes the entire experience of this game mode – is with the new feats that are required. There are different feats both for the Conquest overall and specific within each of the five tiers. These feats were re-worked for this new Conquest, and they’re problematic. Here’s what I mean.

Let me use Sector 1 (Hard mode) as an example. In this one sector, here are the feats:

Now keep in mind that the energy cost per level has been increased from 15 to 20. That might seem insignificant, but with 14 levels per sector, and five sectors total, that’s already 350 extra energy just to complete each level, which is equal to an additional three energy refreshes. Again, not a huge deal, but a significant increase nonetheless.

But then factor in these feats and suddenly a picture begins to be painted. Previously the feats were very much like the first few, which is to say that they gave you a certain level of flexibility. Attacking out of turn, gaining critical hits, gaining advantage, etc. are all perfectly reasonable feats. This is the first time that Conquest has tied these feats so specifically to a certain faction, however, and that’s where the problem lies. You basically are no longer going to be able to get maximum rewards in Conquest unless you have whatever factions the developers decide you need to have. There’s no longer the creativity to mixing and matching your squad to make it work. It’s back to the most lazy trope this game has to offer: requiring you to use specific characters just so that you can’t get creative and make it work otherwise.

And if you want faction-specific stuff, that’s fine: Galactic Challenges are all about that! Each Galactic Challenge has bonuses for certain factions, and so if you don’t have that faction geared up enough you’re not going to be able to get maximum rewards. And these events vary enough and run frequently enough that I’m totally good with it; it adds a unique element to that game mode. Bringing it to Conquest, however, fundamentally changes the nature of what this whole experience previously was.

Returning to the energy discussion, however, let’s think about the realities for just Sector 1. You need to complete 14 levels with just bounty hunters, and you need to use Phoenix Squadron for at least enough levels to defeat 30 units (which is essentially a minimum of 6 levels). And then you’ve got the need to inflict Potency Down, which – guess what? – no bounty hunters of Phoenix members can do! Only Grand Master Yoda and Young Lando Calrissian can do that. So again you have to complete extra battles (though the way I did it was use both Yoda and Ezra Bridger in a Jedi squad with Jedi Master Luke Skywalker and try to get Ezra to deal the finishing blows as much as possible). So already we’re basically needing to complete two or three times the amount of levels we previously did, and that’s not even including the mid-tier boss that literally requires you to complete it three times (the feats are to beat it with a full light side team, a full dark side team, and an under-sized team).

So what we have is an increased gear cost and an increased amount of levels you need to complete. It’s ridiculous.

But, again, the most ridiculous of them all are the faction-specific feats. Like I said earlier, that’s changing the whole nature of this game mode. Let’s say you don’t have good enough bounty hunters, or good enough Phoenix, or good enough Nightsisters. You’re not going to be able to fully complete Conquest anymore. Never mind that you’ve put tons of work into your overall roster (and you could theoretically even have all five Galactic Legends without having those other factions geared up). And the only reason why is because the developers said so.

And that’s what I meant by saying this is all just a money-grab. The only plausible explanation for this change is that the developers want to force players to gear up factions that they might not have focused on, forcing them to spend money on them if they want to complete Conquest and thus earn the full amount of Maul shards. It’s all a shameless attempt to gain money.

It’s not a bad thing for this game to make money, and it seems to do a pretty good job at that. But here they’re literally changing their best game mode and corrupting it by their greed. I’m very concerned about the future of this game. The best thing they had going for them in years is now, after just six months, already a mess.