Recently, Star Wars unveiled our first look at some of the new characters, names, and descriptions for five of the new people we’ll be introduced to ion the upcoming publishing initiative, The High Republic!

The first new character introduced is Avar Kriss, who is described like this:

“Avar is the brightest, most noble example of Jedi-hood. She always tries to see the good in people and situations, and never puts herself first. She is invigorated about life on the frontier and the challenges it brings, and is an inspiration for those who work with her. She is compassionate, not dogmatic, and always ready to sacrifice herself over others. Avar Kriss is the best of the best.” 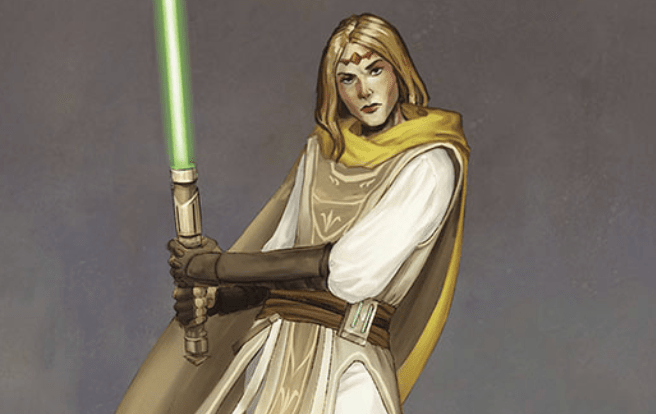 She seems to be a prime example of what a Jedi should be, so she should be a guiding light for us throughout the stories that are told, allowing us to discern what things are good and bad. That doesn’t mean she must necessarily be right all of the time, but it sounds like she’s exactly what you want a Jedi to be: selfless, inspiring, compassionate, and not dogmatic about their ways. Remember, this is very likely before the Jedi as a whole lost their way (as seen in the prequel trilogy), so I’m guessing she won’t be the only shining example of a Jedi that we meet – but it’s possible she could be the best example. We’ll see.

Next up is a Twi’lek Jedi, Loden Greatstorm! Here’s how he is described:

“Loden is a Twi’lek Jedi Master, and is considered to be one of the best teachers in the Jedi Order. Strong and wise, with a good sense of humor, Loden looks at every moment as a learning experience, always trying to better himself and those around him, especially his Padawans. “ 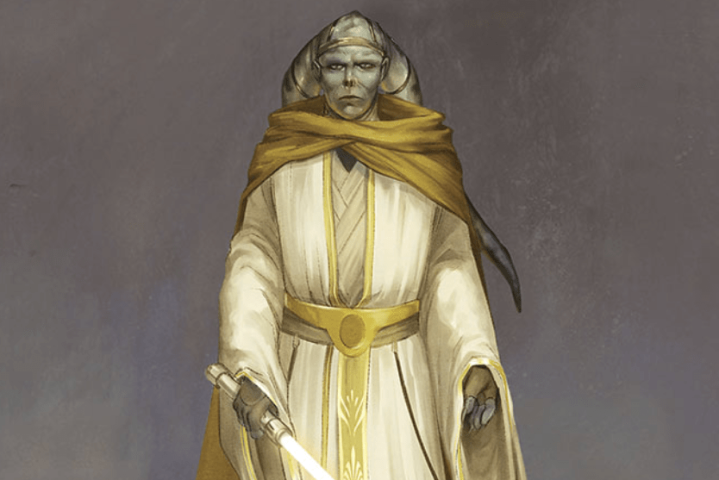 As compared to Avar, who sounds like she is on the front lines out on the great frontier of the galaxy, I wonder if Loden will be more located at the Jedi Temple teaching younglings? Or maybe his skill as a teacher simply means that he takes on a number of different Padawans over the years and trains them up as he goes about his mission. But I’m guessing that we will learn quite a bit of wisdom about the Jedi Order, what it means to be a Jedi, and the Force from Loden as we get to see him teaching and training younger Jedi.

Third, we have Keeve Trennis:

“Keeve is a young firebrand Jedi, believed to have a great future ahead of her, if only she would believe it herself. Quick-witted and more impulsive than she should be, Keeve has only been a Jedi Knight for a few weeks and is a little starstruck around Avar, knowing many of the great things Kriss has done in the past. She is determined to prove herself to Avar and the other legendary Jedi stationed on Starlight Beacon, but first she must learn to trust in herself as much as she trusts the Force.”

So this is actually pretty informative for us on a couple of levels. Firstly, Keeve sounds like the younger Jedi who will be a focal point of these stories and be someone who the audience can grow with and see develop. But secondly, we learn that she is partnered with Avar on this mission… which leads to our third takeaway, which is that both Avar and Keeve are stationed on the Starlight Beacon! This is the space station that seems to play a significant role in jump-starting the stories of this era, so that gives us quite a bit of information about where these characters might be introduced.

Next up is the Jedi Master Stellan Gios, who is described like this:

“Stellan is an optimistic and well-respected Jedi Master. Stellan came up through the Order with Avar Kriss, and although they are often on different assignments for the Jedi or the Republic, when the two work together they are a powerhouse team of two noble heroes in action. Strong in the Force and a natural teacher, Stellan is currently stationed at one of the Jedi Temple outposts on the distant planet of Caragon-Viner.”

Whereas Keeve is a younger Jedi stationed with Avar, Stellan is a contemporary of hers rarely working with her, but who does work well with her when given the opportunity. With how many of these descriptions are connecting to Avar, I’m even more confident in guessing that she will be one of the very main characters we’re introduced to, since these other characters are coming into contact with her and have connections. But regarding Stellan himself, he’s a Jedi Master who is both a good teacher and who is strong in the Force. Caragon-Viner is a new planet for us that we’re not familiar with, but that’s pretty exciting – and that’s where Stellan is stationed at, as the Jedi have an outpost there. Thus I’m guessing that Stellan will be out on the frontier.

“Vern is a newly-minted Jedi Knight. Vernestra, Mirialan, was Padawan to Stellan Gios. She works hard and is devoted to the Jedi Order, more so than most others her age. At sixteen she is one of the youngest Knights in a generation. She struggles to fit in with the adults while also setting a good example for the younger Jedi.” 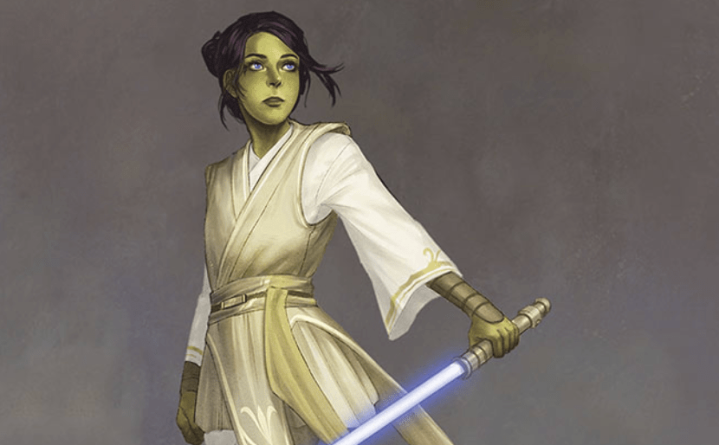 We actually have seen a mention of Vern before, as she is featured heavily in the description for Justina Ireland’s A Test of Courage, as it seems she’s a main character in that story. She’s on a transport ship during the Great Disaster, is jettisoned out of hyperspace, and stranded with her team on a dangerous jungle moon. So it sounds like, at least at first, she’ll be separated from her master and other older Jedi whom she struggles to fit in with.

It’s pretty cool to get information about these characters, but we’re just waiting for these stories to begin later this summer. I’m super excited about The High Republic, though, so I can’t wait!