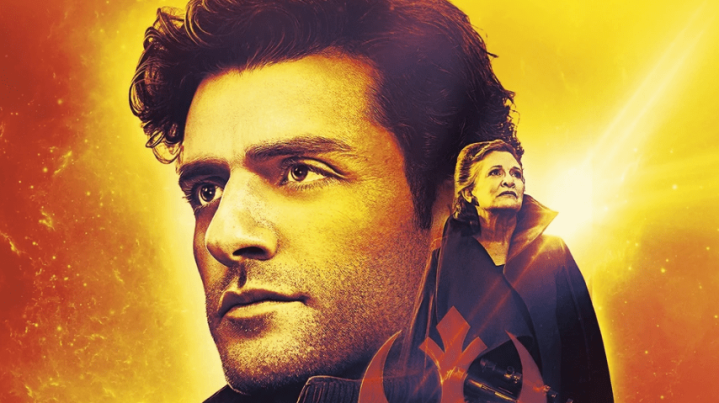 “How do we build a Rebellion from this?” Rey asked Leia Organa at the end of The Last Jedi. The Resistance had just been decimated; they lost much of their leadership, their allies didn’t come to their aid, and Jedi Master Luke Skywalker had given his life to ensuring their escape. What remained of the Resistance escaped Crait on the Millennium Falcon alive but broken.

That question Rey asked Leia is the question Resistance Reborn by Rebecca Roanhorse sets out to answer – or at least begins to answer. It’s the story of Leia’s fledgling band of fighters keeping the hope alive. And it’s a book that pays tribute to pretty much all of the Star Wars new canon material, making it an incredible payoff for those of us who have followed all of it.

The book doesn’t give us a ton of information about The Rise of Skywalker (although there are some interesting tidbits), but it’s a vital part of bridging the gap because it focuses on the people who make up the Resistance. How could that tiny group of fighters at the end of TLJ possibly take on the massive might of the First Order in TROS? This book doesn’t provide the full answer, but it begins it. And in the process, it brings back so many familiar faces to aid Leia’s Resistance.

The plot of this book is good insofar as it serves the characters. Make no mistake: this is a story driven by its characters. So you won’t find the massive action sequences (though there are some brief yet exciting action moments in the book’s final third), and you won’t find some galaxy-shattering reveals about the state of things entering TROS. That’s not to say the story is bad – it’s not – but it is important for us to realize that the characters drive pretty much everything in this book.

The Resistance sets out to find their allies, which at the beginning involves Black Squadron heavily. Picking up where the Poe Dameron comic left off, we encounter Black Squadron after their victory on Ikkrukk. Failing to recruit the Prime Minister to their cause, Poe Dameron dispatches Black Squadron to find other allies. Suralinda Javos and Jess Pava to find an ex-Imperial, Poe Dameron to find Maz Kanata, and Snap Wexley and Karé Kun to find Wedge Antilles and Norra Wexley. Eventually, the Resistance and their allies gather on Ryloth, where Leia has arranged for them to temporarily stay. Black Squadron returns, as do Wedge and Norra and the ex-Imperial, Teza Nasz. Inferno Squad – made up of Zay Versio and Shriv – are there too, having recruited others to their cause. The Resistance is growing.

These missions are successful, but all throughout we’re reminded of the dire position the Resistance is in. Shriv’s team recovers additional fighters, but they lose a soldier along the way. Poe’s mission doesn’t go according to plan and the First Order invades the auction, but they get the list. And Wedge’s mission nearly gets him killed, but they (teaming up with Dameron’s forces) flee in ships (including a blockade runner!), with the freed prisoners. Leia and the Resistance, meanwhile, are driven from Ryloth by the First Order and lose a couple of fighters along the way. The Resistance has gained leaders and soldiers and ships, but they’re not ready to fight the First Order yet. So, as the book ends, the Resistance focuses on recruiting and helping those in need.

But that recruitment has already started, and it’s obvious simply by seeing who joins the Resistance throughout this book.

Obviously the biggest name is Wedge Antilles, the Rebellion pilot who flew at both Death Star battles and later served as instructor at the New Republic Flight Academy before retiring to Akiva with his wife, Norra Wexley.

There’s also Norra Wexley, another Rebellion veteran who played a key role in the final year of the Galactic Civil War, the mother of Snap Wexley, and the wife of Wedge Antilles.

There’s Carlist Rieekan, the former Rebellion General who led Echo Base and later served the New Republic, brought out of retirement to aid Leia by Inferno Squad.

There’s Shriv Suurgav, the wisecracking Duros soldier who fought with the Rebellion in the Civil War and joined up with the new Inferno Squad.

There’s Zay Versio, the daughter of former Inferno Squad soldiers Iden Versio and Del Meeko, who along with her mother helped the Resistance gain invaluable information about the First Order Dreadnaughts prior to TLJ.

There’s Yendor, the Twilek who flew for the Rebellion and later represented Ryloth to the New Republic and now leads the Ryloth Defense Authority.

There’s Orrimaarko, the Dressellian who served the Rebellion in the Civil War.

There’s Teza Nasz, the former Imperial officer during the Civil War who later became a warlord on Rattatak.

There’s Ransolm Casterfo, the former New Republic Senator and friend of Leia who was imprisoned and broken by the First Order but who is rescued by the Resistance and seemingly joins them.

And of course, that’s all in addition to others like Black Squadron, and the Resistance members already aboard the Falcon at the end of The Last Jedi. And others, as well, recruited by various people to join the Resistance.

Not all of them join the Resistance full-time by the end of the book, including most notably Wedge and Norra, who decide to leave and fly amongst the stars but who still plan to spread the word and aid the cause. But this much is clear: Leia’s Resistance is being reborn.

The most noteworthy development, however, just might be with Poe Dameron. Though Leia is the heart of this book and receives significant attention, Poe might just be its main character. While Finn gets some moments (especially with Poe, to the delight of the FinnPoe crowd) and Rey is around (including an emotional conversation with Leia and a thrilling moment of coming to Leia’s aid and fighting alongside her), Poe is the one who gets the most attention, and that’s by design. He’s the one who must step up and help lead the Resistance, and he’s still dealing with the effects of his mutiny. He must face this head-on with Black Squadron and with the new recruits, the latter of whom are distrusting of his leadership because of it. Poe made a terrible and deadly mistake, and he’s attempting to face it, move on from it, and grow from it. This book shows him doing so. And at numerous points throughout this book, it is clear to see Poe gradually taking on leadership of the Resistance.

To sum up all my ramblings, this book pulls together so many different threads from so many different materials, including the films, shows, books, comics, and video games. This is, truly, a love letter to those Star Wars fans who have paid attention to all of it over the last several years. There’s so much payoff seeing these characters come to aid the Resistance, but the danger is always that it could feel just like fan service but not make sense or work. That’s where Roanhorse deserves the most credit, though, because she makes it work! She makes it seem totally seamless that all of these people are back, and weaves them naturally into the story. And with this many different characters, she still manages to perfectly capture their respective voices, which is no easy task.

I loved this book, and I think it’s an incredibly worthwhile read to see how the Resistance came to be reborn after TLJ.