In The Force Awakens, we only saw the Knights of Ren in one very brief scene (Rey’s Forceback vision), and we only got one mention of them (Snoke calling Kylo Ren their master).

Yet in true Star Wars fashion, that was all it took for fans to be hooked – so much so that there was disappointment when they didn’t appear in The Last Jedi!

But now in The Rise of Skywalker, the Knights of Ren are back! And Empire Magazine on Saturday released a brand new image of them from the film:

I’ll say this much for them: the Knights of Ren look really awesome. That’s what first hooked Star Wars fans, and this film certainly looks like it won’t disappoint.

From the looks of it, with the Knights all standing still in a line looking on, and with what looks like maybe smoke rising on the right side of the picture, I wonder if this is the scene we see in the trailer of Kylo Ren’s mask getting re-forged?

In this image, the Knights of Ren are hanging out with J.J. Abrams, and they appear to be on the set for the planet Pasaana. So that could give us a clue as to when they make an appearance in the film, as they might be hunting our heroes during the events on this desert planet – the same planet where we see Kylo Ren flying his TIE at Rey.

And for good measure, StarWars.com released the products that will be going on sale on Triple Force Friday, including an exclusive to the Disney Store that features Kylo Ren and the Knights of Ren: 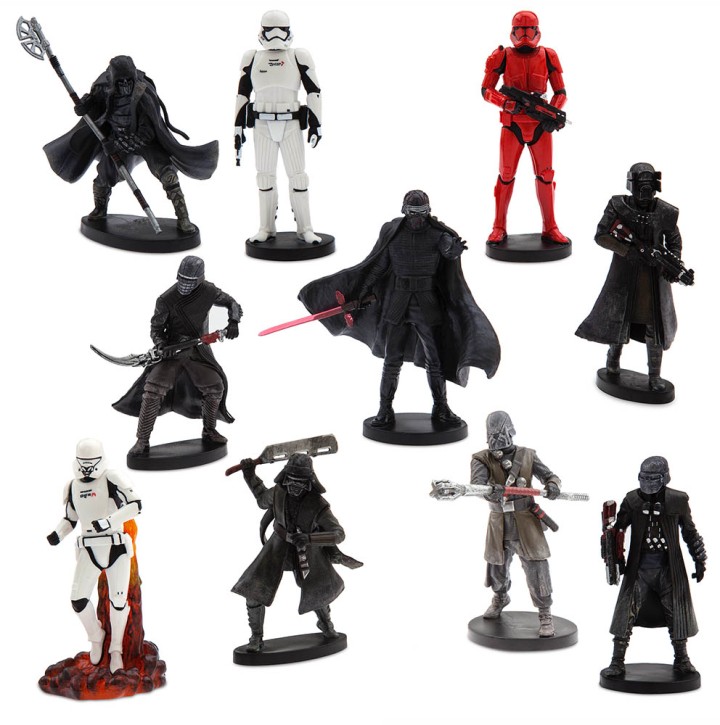 I love how they all have a similar yet unique look, especially as it pertains to their various weapons. And I can’t wait to see them in action this December!!