The original Clone Wars series, which premiered in 2003 and directed by Genndy Tartakovsky, has arrived on Disney+! The series was among a host of content that was released on the streaming platform last Friday, under the "Vintage Collection" label. I have long loved this series, and there's so much great stuff in it. Though [...]

The Age of Republic comic series by Jody Houser wrapped up earlier this year, and each issue was terrific.  Each of these issues centered on a different character from the prequel era - both heroes and villains - and the stories they told were really well-done and insightful. The final issue was focused on General [...]

With excitement building over the coming release of a seventh season of The Clone Wars in 2019, we’re taking a look back at each episode of the first six seasons – doing so in chronological order.  Today, we’re looking at the tenth eleventh chronologically, the seventh episode of season one, titled “Duel of the Droids." SUMMARY: [...]

Obi-Wan and Padme have to rescue Padme after she is captured by the Malevolence. 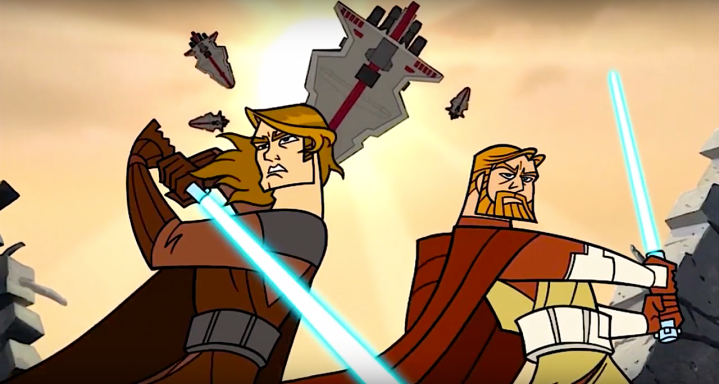 15 years ago this week, Genndy Tartakovsky's Clone Wars show premiered. Though no longer canon, it's influence on Star Wars is still felt.