This week’s episode of Star Wars Resistance comes incredibly close to the events of The Force Awakens, with Poe Dameron arriving to pick up BB-8 before traveling to Jakku the next day for a very important mission from General Organa.

Before Poe leaves, however, he and Kaz take a brief exploratory mission of their own, and in doing so they run into the First Order.  Let’s jump in to this week’s episode review. 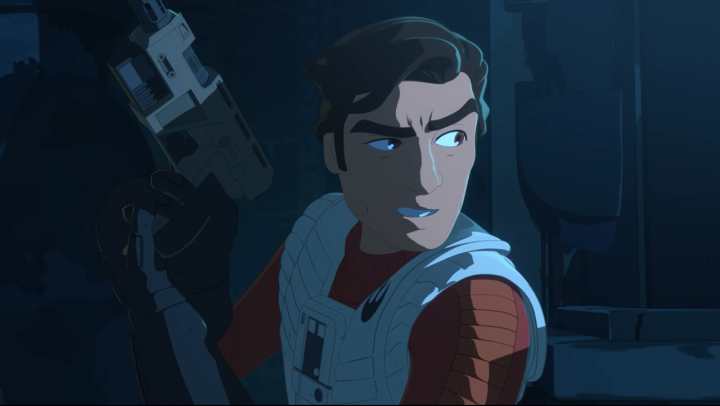 Kaz is busy trying to make a device through which he can contact Poe Dameron, but is surprised to find out that Poe has actually snuck on to the Colossus and is in Yeager’s garage.  Poe explains that he is there to pick up BB-8, as General Leia is sending them to Jakku on an urgent mission.  Kaz and Yeager then show Poe the map they discovered in last week’s episode, and Kaz explains what they have found and highlights one system in particular.  Poe is intrigued, and the two of them head off to check it out.

They must first sneak off of the Colossus, however, and they do so by dropping the Fireball onto a cargo transport.  Kaz is piloting the ship, while Poe hangs on outside.  Once they are past the First Order’s scanners, Kaz detaches the Fireball from the transport.  The ship enters a freefall as Kaz tries to get the thrusters working, and just in time he does.  They soon find Poe’s X-Wing in the clouds, and with Poe back in his ship, the two of them jump into hyperspace heading to the system.  Upon arriving, they find that the system’s star is gone and that the planets are cored out.  They find several planets destroyed by this process, but then they find one that was perfectly cored out.  They fly into the core of this planet, but inside they discover a gravity well that they must fly through while avoiding crashing.

Once out of the gravity well, they discover a settlement on another planet and land to investigate.  The settlement is abandoned and Poe, Kaz, and BB-8 realize that it was destroyed and its people wiped out by the First Order.  Before long, Poe senses that they are being watched and they soon find a probe droid.  This model, however, is unlike any we (or Poe) have seen, and it releases several mini-probes to distract Poe from firing upon the main probe.  As that probe tries to escape, BB-8 uses his cables to keep it from doing so while Kaz fires at the probe.  He misses several times and hits BB-8 once, but eventually he hits the probe and destroys it while Poe takes care of the mini-probes.  The probe had already transmitted a distress signal, though, so the First Order soon arrives.  Major Vonreg leads his TIEs to attack, and Poe and Kaz desperately get to their fighters and engage the First Order in a dogfight.  Poe orders Kaz to head for the gravity well, and as they fly through it again the First Order TIEs are destroyed, while Poe fires and renders the area impassable, stopping Vonreg.

Afterward, the two ships switch droids in-air, as BB-8 and CB-23 leap from one ship to the other.  Poe heads off with BB-8, while Kaz returns to the Colossus with CB-23.  Kaz’s absence, him taking the Fireball during a period where the First Order has grounded all ships, Kaz showing up with a new droid, and Yeager insisting that it’s none of her business all leave Tam very suspicious, and Yeager tells her that she wouldn’t understand.  She storms off, and Kaz – who explains to Yeager that the First Order is a bigger threat than he realizes – wonders which system is next. As I’ve been saying for the past few weeks, things are really starting to pick up on Resistance.  That’s especially true now, since the show is about to crossover with The Force Awakens.  Poe mentions that he’s heading to Jakku the next day, and we obviously know why that is: to find Lor San Tekka, get the map, and hopefully lead to the discovery of Luke Skywalker’s location!  This is entirely consistent with the information we got from the Poe Dameron comic and from The Force Awakens, so it’s clear that this episode takes place just one day before TFA.  That’s particularly interesting to me, as it means that from the next episode on we are likely to truly venture into the sequel trilogy era.  We should very soon (I’d guess next week) see Hux’s speech to the First Order, and we should start to see some of the dynamic of the Resistance and the First Order during the sequel trilogy and beyond.

Obviously we know that the First Order emerges from the shadows of the Unknown Regions to directly attack the New Republic very shortly, as Starkiller Base fires on the Hosnian System and wipes it out.  So far in the timeline – as of one day before TFA – the Resistance still doesn’t know about Starkiller Base.  We’ve seen them discover slowly but surely that the First Order is up to something big and nefarious, but they haven’t yet found out about Starkiller.  In this episode, though, Poe and Kaz stumble upon something directly related to the massive planetary weapon.  The system they travel to is without a star and has been cored through.  The reality – as evident in the episode and as confirmed by the show’s creators in Resistance Rewind – is that these planets were actually prototypes for Starkiller Base.  The First Order began drilling these planets, and we see that several of them are destroyed in the process.  One of them, however, has been perfectly cored through. 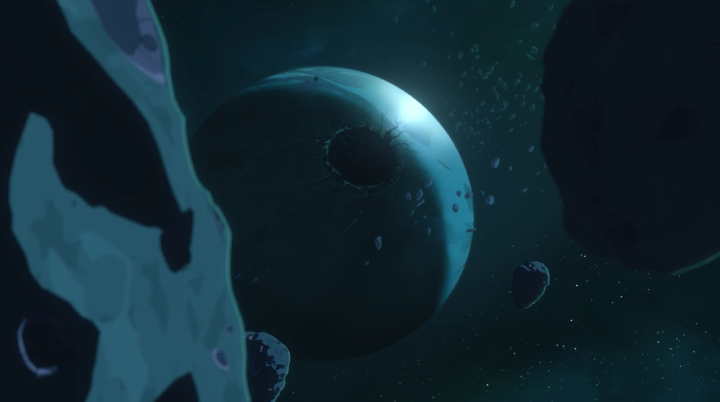 So these planets apparently stood as test sites for the First Order’s plans for Starkiller Base.  Furthermore, the fact that this system is missing its star is perhaps confirmation that the real Starkiller has been there too.  But it’s interesting to see a bit of the realities that came with the building of Starkiller Base.

But not only did these planets serve as test sites for the Starkiller project, though, as at least one of them was attacked by stormtroopers.  Poe and Kaz visit an abandoned settlement, noticing that the people were wiped out and that there are blastermarks all over.  Clearly, the First Order didn’t want the people around any longer.  Poe notes that the temple itself is a relic from an older age, which makes me wonder whether it may be connected to the Jedi and thus another part of the reason why Kylo Ren may have had such an interest in destroying it.

Hang on, though – why’d I just bring Kylo Ren up as having taken part in the destruction of this settlement?  After all, we had zero indication of that in this episode.  So where did I get that?  I’m glad you asked!  If you pay close attention, you will notice briefly a shot of the front of the temple that bears a logo on it.  And if you remember, that same logo is the one seen on the tag the children from Tehar have. 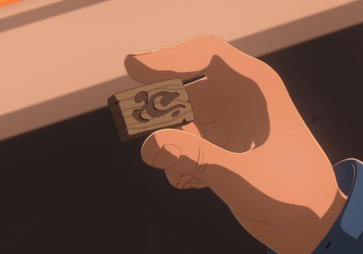 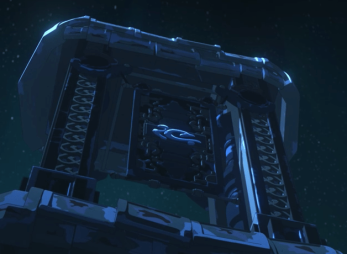 So I think it’s very safe to say that this planet that Poe and Kaz are exploring is Tehar – or at least what’s left of it.  The people there were wiped out, and the logo is the same as the one the kids have.  And from the kids, we realize that Kylo Ren and his First Order forces attacked their village and killed everyone, with the kids just barely escaping.  Putting all of this together, then, I think that part of the reason why the First Order destroyed the people of Tehar was because they knew too much about Starkiller Base, but I also wonder if another part of it is that they had some connection to the Force and the Jedi, which is why Kylo Ren got involved too.  We know that Poe says this place is a relic of another age, and we know that the girl, Eila, has shown signs of the Force, so this isn’t too much of a stretch.  And if all of this is true, I expect to get confirmation soon enough.  Kaz winds up taking a Tooka doll back to the Colossus with him, and I’d imagine that if Kel and Eila see it they will recognize it.

Moving forward, I’m super excited to see this show overlap with the events of the film, and the stakes have already been raised as we learn more and more about the First Order’s plans and motives.  But one last thing to note here is that Tam is growing more and more suspicious of Kaz.  After all, she realizes that he keeps sneaking out, that he took the Fireball despite the First Order lockdown, that he suddenly has a new droid, etc.  Yeager tells her that it’s none of her concern and that she wouldn’t understand, but this clearly doesn’t convince her.  If I had to guess, part of the reason why Yeager says that she wouldn’t understand is because Tam has been the most vocal supporter of the First Order amongst the main crew, and I wonder if that will lead her into some trouble down the road.  We saw in the midseason trailer that she gets arrested, and I think that will happen very soon.

This was another terrific episode of Resistance.  I always love it whenever Poe Dameron is in the show (he’s awesome, and Oscar Isaac is terrific), I appreciated seeing the intrigue of the First Order’s actions as Poe and Kaz seek to discover it, I’m incredibly intrigued as the show prepares to crossover with TFA, and I though the action sequences were very entertaining, and the visuals (like always) were tremendous.