Five years ago, on December 15, 2017, the eighth chapter of the Star Wars Skywalker Saga was released, The Last Jedi, to a successful box office run and impressive critical acclaim. Three months before the film's release, in September, Lucasfilm made a director change for Episode IX, the sequel to The Last Jedi, and reportedly [...]

John Boyega has once again been in the news recently for his comments about Star Wars, with him saying that he won't return to the franchise and that he can't read Colin Trevorrow's Episode IX script because it would break his heart. Boyega has not been shy about his opinions on how the sequel trilogy [...]

It's hard to believe that The Last Jedi came out five years ago. In the time since its release the film has sparked no shortage of conversation, but Lucasfilm made a definitive demonstration of their belief in the film and its director, Rian Johnson, by announcing a new trilogy from Johnson before the movie ever [...] Vanity Fair recently ran an article on the future of Star Wars that was largely focused on the shows coming to Disney+, and that makes sense. In many ways the future of the franchise is aimed at streaming, at least in the near future, with tons of shows in various stages of development. But since [...]

There are a great many things that Star Wars is known for. But one that people don't often think about is the fantastic documentaries that have accompanied the saga. In fact, a couple of these documentaries, which look at the making-of certain films, are widely considered gold standards not just amongst Star Wars but amongst [...]

Rose Tico once said that we’re going to win not by fighting what we hate, but by saving what we love. That wisdom is pertinent for Star Wars fans; amidst seemingly incessant criticism, I want to spend time actually liking Star Wars. I love all Star Wars, so in this series, I’ll walk through each [...]

The Mandalorian has attracted incredible directing talent during its first two seasons, and it has proven to be an introduction to directing Star Wars for most of them. Outside of Dave Filoni, all of the directors have been newcomers to telling Star Wars stories at Lucasfilm when joining the show. But is it also possible [...]

A month before The Last Jedi hit theaters, Lucasfilm announced that director Rian Johnson would be creating a brand new Star Wars trilogy. The announcement came after Johnson reportedly declined an offer to direct Episode IX, and instead the studio gave him a brand new trilogy of films. In a statement at the time, Lucasfilm [...] 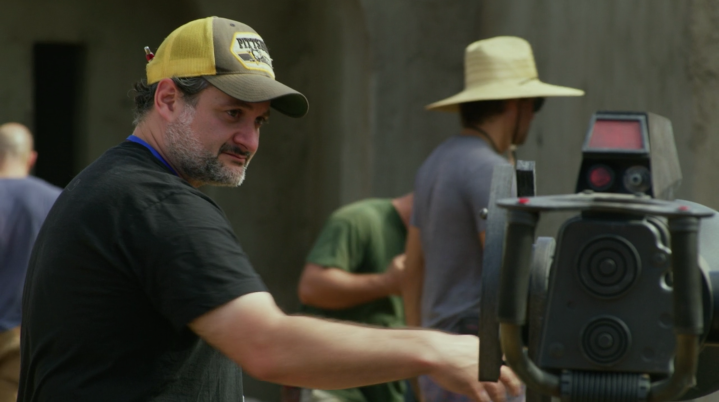 I mean this statement as no disrespect to other storytellers, but I have long said that Dave Filoni is the very best Star Wars storyteller out there right now. He apprenticed under George Lucas for years, working very closely with the Star Wars creator on The Clone Wars, and it shows. Filoni's grasp of the [...]

Earlier in September, Daisy Ridley was interviewed by Josh Gad on the Jimmy Kimmel Show, talking about what she's been up to but also talking a bit about Star Wars. You can check out the whole interview here, and it's just really great to hear from Ridley again, but the relevant portion for our purposes [...]