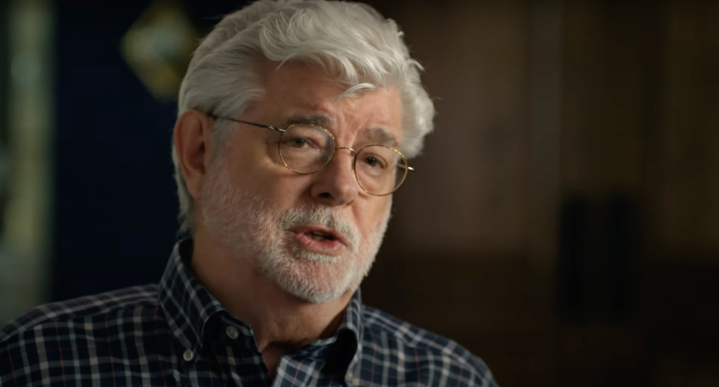 Indiana Jones 5 saw the official reveal of a new title, new trailer, and new poster on Thursday, as we got our first real look at Indiana Jones and the Dial of Destiny. The movie marks the end of an era for one of Hollywood's most iconic film franchises, as it will be the fifth [...]

Welcome back, Indiana Jones. Lucasfilm on Thursday unveiled our first official look at the fifth - and possibly final - installment of the iconic franchise. Along with that is the reveal of the film's real title: no longer known simply as Indiana Jones 5, the movie is titled Indiana Jones and the Dial of Destiny. [...]

As Empire continues to release articles spotlighting Indiana Jones 5, giving us our first real information about the film, we got another interesting piece of information: the movie will begin with a flashback sequence that will include a de-aged Harrison Ford. Director James Mangold spoke to Empire about wanting to begin with this scene that [...] Next summer, Harrison Ford returns as Indiana Jones for one last ride. Today, Empire released a preview of their upcoming issue, which hits newsstands next week, featuring Indiana Jones 5 (the film still doesn't have an announced title beyond that). One cover features Ford posing as the character, while the other cover features an illustration [...]

Next summer, Indiana Jones is returning to theaters for one last ride with Harrison Ford as the iconic character. But it might not be the last we see of the beloved archaeologist. According to Variety, Lucasfilm and Disney are "actively looking to develop an Indiana Jones TV show for Disney+," mentioning that the idea has [...]

The first three episodes of Andor introduced us to Luthen Rael as a rebel sympathizer, but episodes 4 and 5 showed us the other side of him: he's also an antiquities dealer on Coruscant, which serves as a front for his true operations. Luthen runs Galactic Antiquities and Objects of Interest, and the collection is [...]

Don't let anyone tell you that Andor doesn't have easter eggs to the rest of the Star Wars saga. It's packed full of them, but they're often more subtle and in the background, which is exactly the way they should be. It makes it feel like this is the same galaxy we're familiar with, even [...]

On June 30, 2023, Indiana Jones returns. The fifth and seemingly final installment of the iconic franchise is hitting theaters fifteen years after the previous chapter, and it will feature the return of some of the most legendary figures in movie history: star Harrison Ford and composer John Williams. And it sounds like there's a [...]

Star Wars Celebration 2022 kicked off with the Lucasfilm Studio Showcase, and given that the panel was titled "Lucasfilm" and not just "Star Wars," we assumed there would be other non-Star Wars updates - and we were right! Updates were also given on two other epic universes created by George Lucas, Willow and Indiana Jones. [...]